Bringing feeling to financial marketing – and why it works 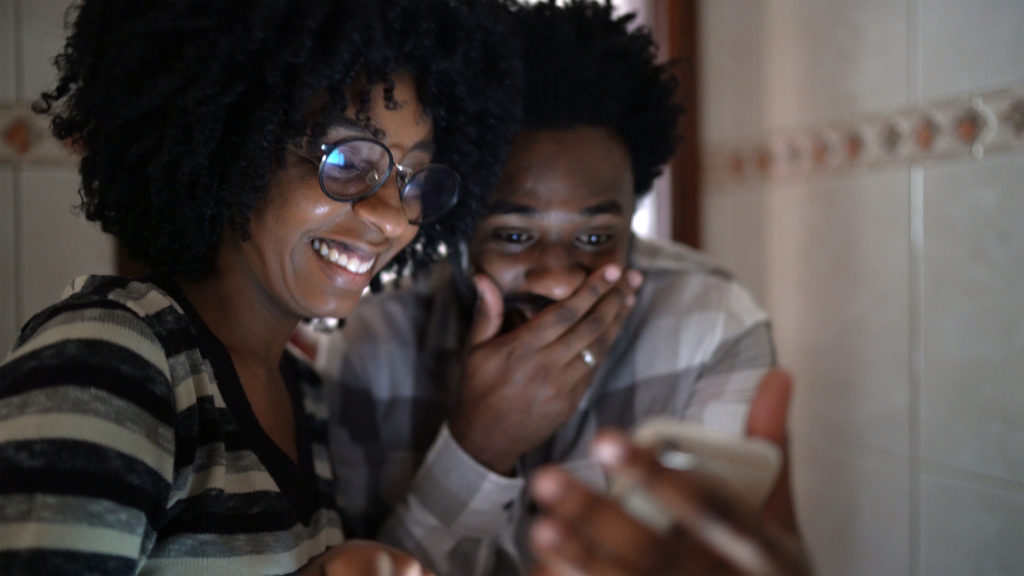 When it comes to finance, it’s not always easy to keep people interested. With all the jargon and complexity, it’s easy to get disillusioned and confused. This in turn encourages people to switch off from engaging or taking action. That’s why it’s important to focus on the emotive side of marketing, something we whole-heartedly believe in at Moreish – we like to bring feeling to finance.

You don’t always need a big budget for this, or an overthought marketing strategy – most times, the piece that’s missing is the connection that sparks interest and an emotional connection.  Whether it’s B2B or B2C, emotive marketing is one of the core qualities your campaign needs, to connect your brand to your target audience, whether it tugs at their heartstrings or makes them laugh.

As an award-winning financial marketing agency, we like to think we boast lots of work that does just this – but it’s always good to see what we can learn from others- so here are a few financial campaigns out there which we think have done a pretty good job of making financial services interesting.

The aim of the #makemoneyequal campaign for Starling Bank was to raise awareness over the contrasting rhetoric around male and female investing. A study conducted by Starling Bank found that both males and females were being pigeonholed in financial conversations, with 70% of articles positioning the act of making money as a masculine ideal and 65% of articles portraying women as splurgy spenders on clothes and makeup. The study also uncovered the sexism used in the imagery and language surrounding females and money, with women being taught to save their pennies, whilst men are offered encouragement and advice.

Starling Bank launched the campaign with a message about removing these gender stereotypes surrounding conversations about finances. The best part about this campaign was the creativity behind it: they designed a series of creative posters and a booklet which they used to demonstrate their findings in a unique way.

Starling Bank aren’t the only ones who are re-imagining the discourse on female finances. Brooks Macdonalds launched their sub-brand Female Folio, a brand designed to inspire conversation surrounding female investment and help women reach their full net-worth potential. Read more about how we helped them develop their brand and launch their first event here.

Lloyds bank: A success story in retaining customers in a growing digital world – with a crossword

A lot of marketing in the finance world is aimed at millennials. They’re young, savvy, and hungry for money. But where does that leave everyone else? In a world which is steadily moving online, it can be easy to forget about older generations.

For companies such as Lloyds, whose valued customer base consists of older people, it’s important to retain them as the world adapts into a new online era. In response to this online shift, Lloyds partnered with The Daily Telegraph and created innovative crossword-style ads (a common hobby amongst their target audience), encouraging them to download the Lloyds app. And it worked, with a 44% success rate.

Monzo: Successfully targeting a gap in the banking market and helping GenZ find their feet with their 1p challenge

Monzo consistently utilise their knowledge of the consumer – with 72% of their customers aged between 18-34, they know that most people in this age category are worried about their savings. Which is exactly why their 1p saving challenge is a great marketing tactic, raising brand awareness and increasing sales.

The 1p challenge is an in-app challenge which encourages members to save 1p per day, with a small increase everyday. Possibly the most impressive thing about this campaign is that it didn’t require a large budget, or flashy ads – the idea itself resonated with their audience so much that it brought in lots of engagement!

Monzo aren’t the only ones drawing in Gen Z and millennials.  IPTF [a non-profit organisation raising awareness around income protection] worked with Moreish to develop their ‘Ziggy’s Money Moves’ campaign. You can read about it here.

Great Eastern is an insurance company focused on empowering people to take on life’s challenges, and live life to the fullest.

They launched their campaign #LifeProof in 2020, with a catchphrase that cleverly prompts conversation through its inclusion of the hashtag. Great Eastern released 3 videos, tapping into messages of motivation and positivity. Particularly, their ‘questions and answers’ video delves into the negative inner thoughts people have, evoking emotion through the poignant questions the on-screen characters are asking themselves.

It’s the answers to these questions which are most important – Great Eastern uses this ideology to highlight its role as a force of empowerment, helping its customers find these answers together.

Morgan Stanley: Exploring the tenacity of social media with the #justinrosechallenge

Another criteria for the key to success- make sure your customers feel included. In a financial world of jargon and confusing terminology, the average customer won’t understand the semantics of what’s going on, so it’s important they feel they’re part of the conversation.

Morgan Stanley did this through social media, with their promotional campaign #justinrosechallenge, that complemented their video After naming professional golfer Justin Rose as one of their brand ambassadors, they encouraged people to share their impressive golf shots online.

Morgan Stanley also tapped into people’s hearts by announcing one of the key features of the campaign: the ‘Morgan Stanley Eagles for Impact Challenge’ at THE PLAYERS Championship. Morgan Stanley pledged to donate $5000 to Book Trust for every eagle made, effectively donating 1,500 books to students in need.

By collaborating with a sports professional, they were able to reach a new consumer base, and then keep them engaged with a social media challenge.

The value of making emotional connection

The marketers behind these campaigns really delved deep to understand their audience: what makes them tick and how to emotionally connect with them beyond the product push. The result is better engagement and deeper relationships with the brand.

Are there are any other campaigns out there that you think deserved a mention? Or do you have an idea in mind that we could help bring to life to connect with your target audience? Get in touch!