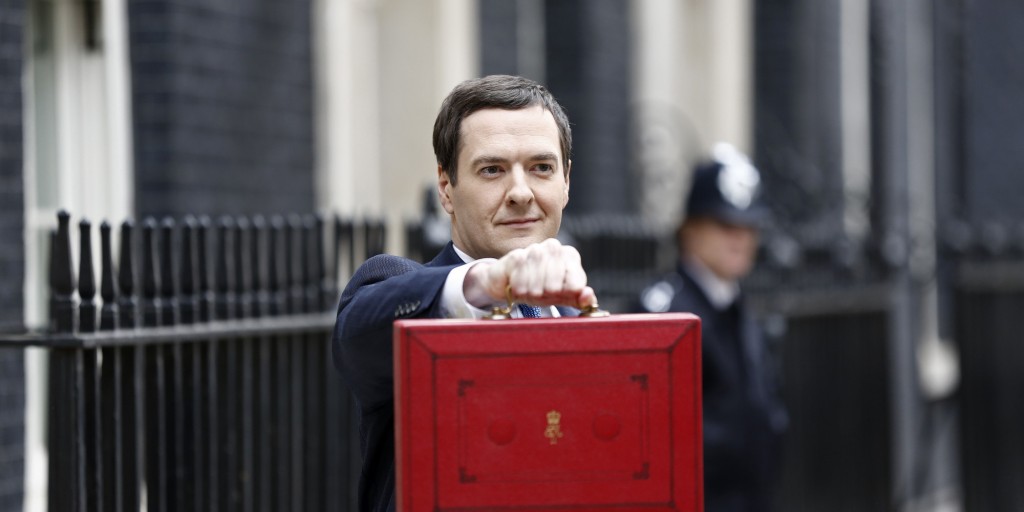 George Osborne on Wednesday unveiled the biggest pensions revolution for almost a century, in a Budget aimed at savers and the grey vote that sent shares in insurance companies into a tailspin.

The chancellor stunned the pensions industry by announcing plans to give people far more freedom to choose what they do with their pension pot, outlining plans to change rules which effectively force people to buy an annuity at retirement.

The pensions change, the most significant since 1921, was the biggest surprise in a Budget that saw the chancellor promise long-term reforms to encourage savings and to address “historic weaknesses” in manufacturing, exports and business investment.

With a deficit above £100bn and not forecast to return to surplus until 2019, Mr Osborne’s Budget was fiscally neutral and scarce resources were targeted at “hardworking people”, notably through a rise in the income tax threshold and through populist cuts to beer duty and bingo tax.

But Mr Osborne surprised Westminster and the City by using his Budget to target another key sector of the electorate, with a wide-ranging package of measures to help savers and those planning their retirement.

Although Mr Osborne delivered his speech against a backdrop of falling unemployment and the fastest growth of any major economy, he warned: “We’re putting Britain right but the job is far from done.”

Ed Balls, the shadow chancellor, opposed little in the budget in a BBC interview on Wednesday but said that was only because it was “so underwhelming”. “There was a big hole in the middle of it,” he told the Today programme. “Where was the action to help families who are worse off than they were five years ago, jobs for young people, a proper investment bank.”

Higher growth forecasts this year and next were tempered with warnings from the Office for Budget Responsibility that the underlying public finances had not improved, household debt was rising back to pre-crisis danger levels, exports were feeble and productivity growth had been “exceptionally weak”.

His reforms mean that hundreds of thousands of people retiring each year will have the freedom to take savings built up in a defined contribution pension as a cash lump sum, subject to their marginal rate of tax, instead of turning their savings into a guaranteed lifetime income in the form of an annuity.

But the pensions revolution triggered immediate warnings that Mr Osborne may be sowing the seeds for a future crisis where some pensioners fritter away their lifetime earnings – or lose them in ill-judged investments.

Mr Balls said he supported moves to “empower” people to get a better deal on annuities, saying it was “good to have more flexibility and choice”, but warned: “Will we have people running out of money and forced to rely on the welfare state?”
Mr Osborne argues that pensioners who waste their retirement pot will not have to fall back on the state because improvements to state pensions will keep them above the poverty line.

The changes to the pension market came as part of a big package to help savers. The chancellor said he would increase the simplicity and generosity of individual savings accounts, by merging cash and stocks ISAs to create a single product and increasing the total limit to £15,000.

The requirement to buy an annuity has attracted public anger as ultra-low interest rates and rising longevity translated into meagre incomes. Annuities are income streams bought with savings that ensure older people receive a sum of money each year until death.

The system’s inflexibility, along with constant tinkering around pension saving limits, has led some financial advisers to recommend that investors prioritise saving in tax-efficient ISAs rather than pensions.

The government’s decision to raise the annual ISA limit to £15,000 from July will therefore be enormously popular with millions of households who hold the accounts, as will the fact that savers will be allowed to save the maximum amount in cash, instead of splitting their money between cash and stocks and shares.

However the moves raised concerns that the increased attractiveness of defined contribution schemes could accelerate the closure of defined benefit pension schemes, also known as final salary schemes.

If numerous savers choose to escape the strictures of an annuity by moving their money away from final salary schemes, there is also likely to be a knock-on effect on UK government bonds, which are held in large numbers by the schemes.

Mr Osborne launched a “pensioner bond” from National Savings & Investments, open to everyone aged 65 and over, which will offer better interest rates than what is now on offer in the market.

Meanwhile Mr Osborne confirmed predictions that he would increase the personal allowance to £10,500, a policy strongly supported by his Liberal Democrat coalition partners. The chancellor also said he would increase the higher rate.
Britain is four years into an austerity programme that has been extended until 2018 because it has taken much longer than expected to close the budget deficit. Mr Osborne is only about halfway through his planned tax increases and spending cuts.

The chancellor had announced some of the Budget measures earlier, including a plan for a new pound coin – shaped like the old Threepenny bit – and more tax relief on childcare costs.